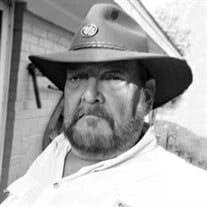 Funeral services for Mr. James Michael King, 63, who entered into rest on Friday, September 11, 2020, will be held at 3 o'clock on Tuesday, September 15, 2020, in The Chapel of Hancock-Elmore-Hill Funeral Home. The Rev. Nat Brown, The Rev. Rob Teal, and The Honorable Grady Brown will officiate. Hancock-Elmore-Hill Funeral Directors are caring for the family. Mr. King was born in Mullins, SC, a son of Lucille Lewis King and the late Rudolph King. Michael and I met over 40 years ago. He's been married to his wif, Susan, for 38 years. He said from the get-go that he would marry that girl, and sure enough, he did. He was the most loving, caring, selfless human being you had ever met. He loved his children and grandchildren -- He lived for them. If ever a person was in need or penniless, he'd cook for you; he'd give you his last dollar. He loved the Carolina Gamecocks and was avid about not rooting for Clemson. He loved fishing and tinkering around on stuff, and was always bringing stuff home to work on. He coached Little League for many years. I loved my husband. He loved everyone. He was sick for a long time, but still, he pushed forward, never complaining about pain. Michael was one-of-a-kind. When he went to be with Jesus, the mold fora a man like him was broken. He never saw a stranger. He loved to ride. He wore the roads out. Everyone could hear Michael coming in his truck. He catered to his wife and everything she wanted; he made it happen. He was her plowboy, and she was his plowgirl. Last but not least, he made his peace with Jesus. Mr. King is survived by his loving wife, Susan Joyner King of Bishopville, SC; sons, Sterling King of Columbia, SC, Wesley Morrow of Lugoff, SC; mother, Lucille King of Nichols, SC; brothers, Jimm King of Floydale, SC, Steve King of Lakeview, SC; sisters, Dianne Graves of Fayetteville, NC, Gail Hunter of Kershaw, SC, Rita Locklear of McColl, SC; grandchildren, Michael (Liam) King of Columbia, SC, Lily Marie King of Columbia, SC. He was preceded in death by his father, Rudolph King; sister, Joan Marie Fuentes of Leland, NC; paternal grandparents, Frank & Dora King; maternal grandparents, Jim & Fancy Lewis.

Funeral services for Mr. James Michael King, 63, who entered into rest on Friday, September 11, 2020, will be held at 3 o'clock on Tuesday, September 15, 2020, in The Chapel of Hancock-Elmore-Hill Funeral Home. The Rev. Nat Brown, The Rev. Rob... View Obituary & Service Information

The family of Mr. James Michael King created this Life Tributes page to make it easy to share your memories.

Send flowers to the King family.