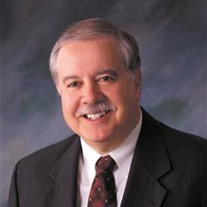 It is with deep sorrow that Mrs. Sandra Stokes Lewis announces the death of her beloved husband, Mr. John Gregory Lewis, 63, who passed away on Tuesday, November 23, 2021. A funeral service to honor his life will be held at 11 o'clock on Saturday, November 27, 2021, at St. Andrew Church of God. The Rev. Scott Hodge will officiate with burial to follow in the church cemetery. Mr. Lewis will lie in state in the sanctuary of the church one hour prior to the service. Hancock-Elmore Hill Funeral Directors are caring for the family. The family prefers that in lieu of flowers, memorials may be made in his honor to the First Baptist Church of Morehead City Children's Fund, 810 Bridges Street, Morehead City, NC 28557, or to the St. Andrew Church of God General Fund, 4238 Red Hill Road, Camden, SC 29020. Greg was born in Horry County, SC, on October 7, 1958. He was a son of the late Preston Cleo Lewis, Sr., and Judith Ann Gosnell Lewis. Greg graduated from Winthrop University in 1981, after beginning in the first class of men accepted in the university. While at Winthrop, Greg was a Founding Father of the Theta Sigma Chapter of Pi Kappa Alpha Fraternity and served as the first Treasurer there. In his second year at Winthrop, Greg met his future wife, Sandra, and the romance continued for the next 44 years until God called Greg home. After graduating from Winthrop with a B.S. in Accounting, he began his career at Springs/Wamsutta Division in Rock Hill, SC. In 1990, Greg became Financial Comptroller of Atlantic Veneer Corporation in Beaufort, NC, and was the Vice President when he left the company in 2005. Greg was elected to the Carteret County North Carolina Board of Commissioners in November of 2006 and was re-elected in 2010, serving through 2014. He served as the Chairman of the County Commissioners and as Chairman of the Carteret County Republican Party. He also served on the Carteret County Community College Board of Trustees from 2005-2015, serving as Chairman for three of those years. Two of the best days of his life were when he bought his boat, "Brown Eyed Girls" -- and when he sold her. During his retirement, Greg was involved with politics, his church, the Rotary Club, and, most importantly, his grandchildren. Starting in 2008, the first grandchild arrived, and our last has just arrived. In 2015, our son and Greg began Eastern Carolina Fire Services, Inc. in Morehead City, NC, servicing emergency and fire apparatus. In late 2020, the South Carolina country of Greg's wife's childhood called to her, and she convinced him to "Go back home" -- Cornfields, cotton fields, flat top grilling for the "Corner," riding in his truck, riding the tractors, and lawnmowers. Known for his dry sense of humor, love of arguing and disagreeing (Just for the heck of it), and his loud, boisterous laughter when something really tickled him, he will be sorely missed and often remembered. After all, "Pop Pop's the BEST!" He is survived by his loving wife, Sandra Stokes Lewis of Bishopville, SC; son, Justin G. (Rebecca) Lewis of Morehead City, NC; daughter, Lindsey A. (Nathan) Young of Irmo, SC; brother, Preston C. (Vicki) Lewis, Jr. of Summerville, SC; grandchildren, Harper J. Lewis, Sydney M. Lewis, Jackson G. Lewis, all of Morehead City, NC, J. Avery Sanders, L. Remington Young, S. Huxley Young, Gunnar J. Young, all of Irmo, SC.

It is with deep sorrow that Mrs. Sandra Stokes Lewis announces the death of her beloved husband, Mr. John Gregory Lewis, 63, who passed away on Tuesday, November 23, 2021. A funeral service to honor his life will be held at 11 o'clock on Saturday,... View Obituary & Service Information

The family of Mr. John Gregory Lewis created this Life Tributes page to make it easy to share your memories.

It is with deep sorrow that Mrs. Sandra Stokes Lewis announces...

Send flowers to the Lewis family.