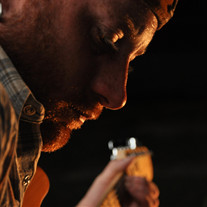 Funeral services for Justin Anthony Medlin, 36, will be held at 2 o'clock on Tuesday, February 7, 2017, in The Chapel of Hancock-Elmore-Hill Funeral Home. Pastor Steven Sanderson will officiate with burial to follow in Cedar Creek Baptist Church Cemetery. The family will receive friends from 5:00 until 7:00 pm on Monday, February 6, 2017, at the funeral home. In lieu of flowers, memorials may be made in his honor to the Justin Medlin Memorial Fund, c/o South Carolina Cotton Museum, 121 West Cedar Lane, Bishopville, SC 29010. Justin Anthony Medlin, age 36, passed away peacefully, after a short illness, at his family home on Saturday, February 4, 2017. A graduate of Robert E. Lee Academy, Justin was a gifted artist and enjoyed all kinds of music. He especially enjoyed playing guitar with his family and friends. Justin loved the outdoors and spent most of his youth riding four-wheelers and motorcycles with his cousins and friends. He and his brother, Shane, were always bringing home things; from lady bugs to fireflies, and later on lizards, snakes and an occasional stray cat. He loved to fish the local ponds and was an excellent fisherman, but with Justin, it was mostly catch-and-release. If the fish were big enough, he would take a picture before releasing. Justin worked several jobs in his short life. He was a farmer, a manufacturing operator at DuPont, and most recently a carpenter, a job that brought him great satisfaction. He loved to work with his hands and would often bring home pictures of the latest project. He is survived by his parents, Zack Anthony Medlin and Dianne Raley Medlin of Bishopville, SC; brother, Shane (Janene) Medlin of Camden, SC; nephew, Dusty Bussart of Camden, SC; grandmothers, Johnnie (Nanny) Medlin and Sylvia (Granny) Raley; several aunts, uncles, cousins and nieces.

Funeral services for Justin Anthony Medlin, 36, will be held at 2 o'clock on Tuesday, February 7, 2017, in The Chapel of Hancock-Elmore-Hill Funeral Home. Pastor Steven Sanderson will officiate with burial to follow in Cedar Creek Baptist Church... View Obituary & Service Information

The family of Mr. Justin Anthony Medlin created this Life Tributes page to make it easy to share your memories.

Funeral services for Justin Anthony Medlin, 36, will be held...

Send flowers to the Medlin family.