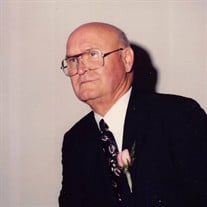 Mr. Louis C. Shirley, 91, passed on July 4, 2020. He was a loving husband, supportive father, generous grandfather, and a proud great-grandfather. He was a compassionate, loyal caregiver to his first wife, Iris Compton Shirley as well as his second wife, Christine Smith Muldrow Shirley. Louis is preceded in death by his father, Louis A. Shirley, and his mother, Carrie Lee Douglas Shirley of Hartsville, SC; his brothers, Alvin, Eugene, and Levern along with his sisters, Ruby Lee McDugle, Mary Law Shumate (May) and Francis Byrd (Kitty). Surviving Louis is his son, John Louis Shirley of Bishopville, SC; step-children, (Christine's children) Beverly Muldrow Reid of Charlotte, Bob Muldrow of Florida as well as his three grandchildren, Chris, Sharon and Brad, his great-granddaughter, Amanda and her two children, his great-great-grandchildren, Kendall and Bradley. He is also survived by nieces and nephews with a special mention to his niece, Jean Shirley Watkins of Hartsville, SC. Louis retired from the US Marines as a Gunnery Sargent after 30 years of dedicated service. Six years were served in the Fleet Reserve stationed in Guam in the late 1940's, Korea in the 1950's and Vietnam and Guantanamo Bay, Cuba during the late 1960's; afterward, he went on to 20 years working as the Public Works Director of Lee County, SC. Louis was a hardworking active member of Bishopville Masonic Lodge #104, Bishopville, SC, for over 40 years. He was also a dedicated member of the Order of the Eastern Star, Chapter #74, of Bishopville, SC, and a devoted member of the Bishopville Presbyterian Church where he married Christine. Louis and family would like to extend appreciation and thanks to the Bishopville Presbyterian Church congregation with the special help and support given by Martha Kay Hunt, Tyson Eckley, and JohnEllen (T-Bo). Friends are invited to pay their respects from 5:00 until 7:00 pm on Tuesday, July 7, 2020, at Hancock-Elmore-Hill Funeral Home; however, the family will no be present to greet guests.  Military Honors with Masonic Rites will be given at the graveside service held at 2 o'clock on Wednesday, July 8, 2020, at Bishopville Presbyterian Church Cemetery, with the Rev. Chris Parnell officiating.  Hancock-Elmore-Hill Funeral Directors are caring for the family.

Mr. Louis C. Shirley, 91, passed on July 4, 2020. He was a loving husband, supportive father, generous grandfather, and a proud great-grandfather. He was a compassionate, loyal caregiver to his first wife, Iris Compton Shirley as well as his... View Obituary & Service Information

The family of Mr. Louis C. Shirley created this Life Tributes page to make it easy to share your memories.

Send flowers to the Shirley family.