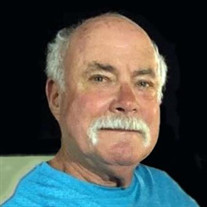 Funeral services for Mr. Robert LaCoste Kirven III, 71, who entered into rest on Wednesday, October 7, 2020, will be held at 12 o'clock on Friday, October 16, 2020, in Mt. Zion Presbyterian Church Cemetery. Mr. Kirven was born in Sumter, South Carolina, on November 11, 1948. He was the beloved husband and soulmate of Sue (Disselkamp) Kirven. He was the proud and loving father of his only daughter Marybeth. He was also father, stepfather, and father-in-law to sons, Robbie, Marc, Lance, Andy, and Josh. Robert grew up on a farm and was known as "Cosie" in his home town of St Charles, SC. He was a Vietnam combat veteran and later went on to Clemson University to become an engineer. Later in life, his favorite role was as Grandad and Uncle Robert/Cosie. He will certainly be missed by his many nieces and nephews, and of course, his cherished grandchildren. Robert loved to travel and experience new adventures. He really enjoyed Playa Del Carmen, Mexico. He had many US/ex-pat friends as well as Mexican amigos who will miss his smiling face, good humor, and zest for life. Robert also leaves behind his siblings George and Rita Kirven, Timmy and Debbie Kirven, and Lynn Mathis.

The family of Mr. Robert LaCoste Kirven created this Life Tributes page to make it easy to share your memories.

Send flowers to the Kirven family.