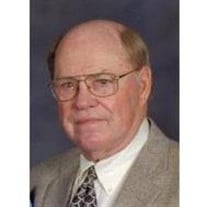 After a short battle with lymphoma, Dr. William Jennings Boykin passed away peacefully on Wednesday, June 28, 2017 at home, at the age of 83. Born in Bishopville, SC he was the oldest of 3 siblings of the late Jennings Boykin and Grace Blackwell Boykin. Bill was a lifelong member of St. John’s United Methodist Church in Aiken, SC. Bill graduated from Central High School in 1951. He then entered the US Air Force where he was stationed in both France and Washington DC. After serving his country, he returned home to attend and graduate from the University of South Carolina. He developed a lifelong love of the Fighting Gamecocks and was a long time Gamecock Club member. After graduating from USC in 1959, Bill moved to Birmingham, Alabama to attend dental school at the University of Alabama. After obtaining his degree in dentistry in 1963, Bill and his family moved to Aiken, SC where he practiced dentistry for over 50 years. He was a member of the Aiken Dental Association, the Central District Dental Association, The SC Dental Association and the American Dental Association for 54 years. Dentistry was a lifelong passion of Dr. Boykin’s. He continued active participation in continuing education as well as he was a faithful attendee of the local dental meetings. Dr. Boykin’s loyalty and love of his employees and patients was well known. Bill loved his family. He spent the early part of his adult life helping to raise and nurture his three children. Later, as his children became adults with their own families, they all enjoyed close loving relationships. Each of his children grew up knowing they were loved unconditionally and that they had a father that was also their best friend. Bill met the love of his life, Peggy Warren in 1978 and they were married in February 1979. They loved each other passionately and faithfully and were rarely apart. Their playful banter was a joy for all to watch. They enjoyed tennis, racquetball, snow skiing, traveling and playing golf. When playing golf, they almost always played together and rarely kept score. When they did keep score, Peggy occasionally allowed Bill to win. Eight years ago, a new addition was added to the family, a King Charles Cavalier Spaniel, named Sir Winston Boykin. Bill loved Winston and any traveling he and Peggy did, took place around accommodating Winston. If Bill and Peggy went out of town and Winston was unable to accompany them, Bill was always anxious to get back home to see Winston. In fact, in his dental office, Bill had a picture of Winston in his rose garden, and also a bust of a King Charles as you entered their house. Bill’s other loves were reading, growing roses, fishing and he also loved people. Bill was fortunate enough to have numerous close friends and he maintained and nurtured those friendships throughout his life. He was a kind man that cared deeply about others, especially those that were less fortunate. He could be moved to tears by stories of others’ misfortune and openly wondered why everyone couldn’t be kind and compassionate to each other. Bill was gregarious and outgoing and had a unique ability to recall details about people and situations from decades before. He especially enjoyed dining out with friends and family. Bill will be remembered as a kind, caring, and loving family man as well as a man who loved and excelled at his chose profession of dentistry. He died knowing that he was loved deeply and those that are left behind, know how much he loved them. Bill is survived by his loving wife of 38 years, Peggy Warren Boykin, sons, William Michael Boykin (Kim), Darrell Jennings Boykin (Peggy), daughter, Susan Boykin Mill (Scotty), grandchildren, Kaley A. Boykin, Austin J. Boykin, Megan W. Smolka (Adam), Megan B. Tolar (Jason), Jared T. Wood (Bralyn), Sydney M. Boykin, Harrison C. Mill, and W. Spencer Mill, three great grandchildren, Camden T. Wood, Colton J. Boykin, and Wyatt A. Smolka, and two sisters, June B. Jackson, and Jean B. Padgett; sister-in-law, Rose Ann W. Stinnett (Charles), and brothers-in-law, Mack Warren (Alees) and Ray Warren (Sarah). Dr. Boykin’s celebration of life service will be at 1:00 PM Saturday, July 1, 2017 at St. John’s United Methodist Church with the Rev. Dr. Tim McClendon and the Rev. Nancy Reed officiating. The family will receive friends following the service in the church gymnasium. In lieu of flowers, please direct memorials to the St. John’s United Methodist Church Grace Kitchen, 104 Newberry St. NW, Aiken, SC 29801, or the Aiken SPCA, 199 Willow Run Rd., Aiken, SC 29801.

After a short battle with lymphoma, Dr. William Jennings Boykin passed away peacefully on Wednesday, June 28, 2017 at home, at the age of 83. Born in Bishopville, SC he was the oldest of 3 siblings of the late Jennings Boykin and Grace Blackwell... View Obituary & Service Information

The family of Dr. William Jennings Boykin created this Life Tributes page to make it easy to share your memories.

After a short battle with lymphoma, Dr. William Jennings Boykin...

Send flowers to the Boykin family.